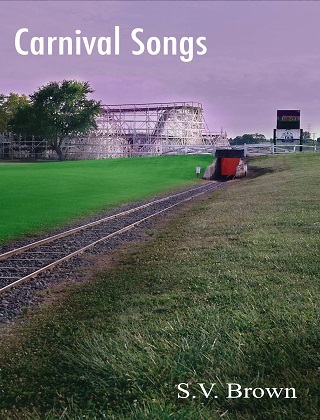 A small city in Indiana nestled along the banks of the Ohio River, Torrenceburg is a place holding onto archaic beliefs that shroud long-kept secrets.  Beginning with the eradication of the native populations in the early 19th century, Carnival Songs explores the influence of the city’s founding family upon the next two centuries of politics, religion, and its transition into the new millennia.  Told from the perspective of the last heir to the family wealth and privilege, fueled by his dying mother’s confessions, the narrator searches for the truth about his parents and ancestors but discovers events far too difficult to reconcile with his love of southeastern Indiana and pride in his family history.

“The most important book and yet the most horrific book of this decade.” David Fairhead, Host of Kettle Whistle Radio and author of THE FALL OF TOMORROW.

“A genius look at the foundations of the United States and the mess that race relations in America have become.  This should be a standard in American high schools . . . and eventually will be.”  Keith Reed, President of Morongo Teacher’s Association.

A native of southwest Ohio and northern Kentucky, S.V. Brown was raised in the rural settings common to the tri-state region. He spent a solid seventeen years there honing his hay-baling, weed pulling and barn mucking skills before trading his farm boots for city shoes. Graduating with an English degree from the University of Cincinnati in 1990, Brown spent the next decade on tour busses, operating a recording studio, and living in France, the Netherlands and Spain. Moving to the high desert of southern California in 2000, he continued to produce music and spent fifteen years teaching high school English. Now residing with his wife, Dawn, in Sonoma County, California, Brown obtained his MA in creative writing at Sonoma State University.