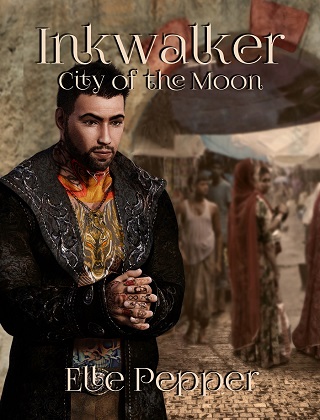 Inkwalker: City of the Moon

Inkwalker: City of the Moon is a new fantasy novel from author Elle Pepper.

Daniel Emmett always knew being an Inkwalker was a dangerous job. What he didn’t know was that his only remaining family had become his worst enemy.

Then, Daniel discovers his half-brother, long thought dead, is the necromancer chasing him. The alchemist who has dared the Taboo of raising the dead. But despite the attacks, Daniel is determined to bring him back to the fold of the Righteous men, those who are capable of wearing Ink.

But when an old plague resurfaces, Daniel realizes that if he is going to stand any chance of surviving the Necromancer, he has to cure the sickness hiding in the darkness. The ancient sickness called Shadow Plague, a curse not seen in a hundred years or more, twists magic and tempts people to break the taboos.

Now, with a plague brought on by a zealot burning through the city and the Necromancer turning the people of the city against the Inkwalker, Daniel finds his hands are tied. Or are they?