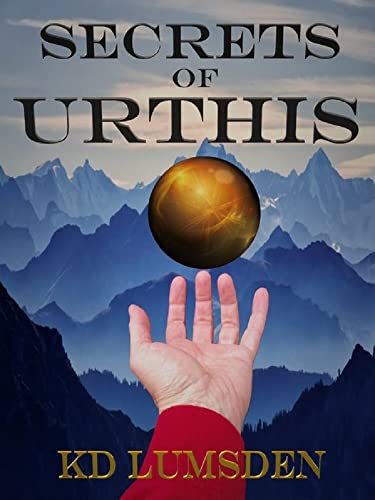 Secrets of Urthis is a new fantasy novel from author KD Lumsden.

Samuel Irwin Miner grew up on a lonely mountain top, his small and ordinary life ruled by his father and grandfather. They mistreat the boy who has special talents and certain feminine ways. Now the nineteen-year-old has seen his father do the unspeakable, and now he has been left bloodied and alone to die deep in the forest by that same man. Irwin pulls himself out of the mud and escapes. From that day on, Irwin will never be the same.

He sets off to explore the planet of Urthis where he slowly realizes his Ferro-kinetic powers help him to do more than mint coins, they heal him from death knells and keep those around him grounded. He must learn to survive the wrath of frightening specters that live in the shadows and darkness, avoid creatures who harness the elements, and fight beings who can shapeshift into anything. Only after meeting a beautiful telepath and a ruggedly handsome shapeshifter does Irwin begin to uncover the secrets of Urthis.