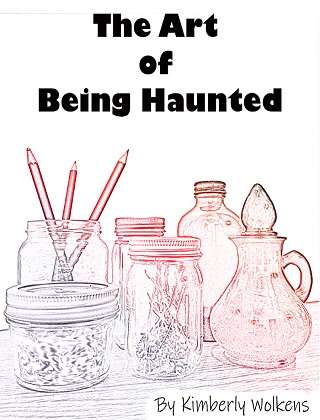 The Art of Being Haunted

After her boyfriend was killed in a car accident, Cassie was hoping her family’s recent move would restart her life. But starting over in her Senior year of high school is a lonely endeavor until she befriends Melissa. Cassie’s new friend tells a haunting story behind Cassie’s house and the previous owner who was driven mad by the ghost who lived there.

Soon, Cassie comes face-to-face with the ghost. She even wakes up in the middle of the night and finds that she has drawn terrifying sketches in her sleep, as though possessed. The sketches seem to tell a gruesome story, and she and Melissa work to uncover the ghost’s troubled history. Will Cassie uncover the ghost’s secret before she’s driven insane?