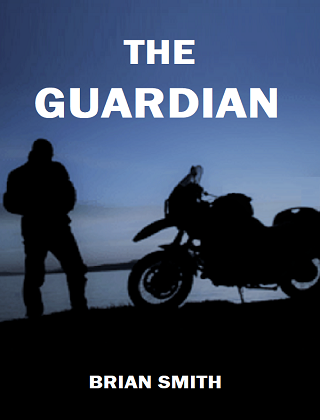 The Guardian is a new paranormal superhero novel from author Brian Smith.

Ben Slater was just an ordinary guy.  When he was knocked off his motorbike, it ended his life. But that was just the beginning of his adventures.  Who knew he would become an undead superhero known as the Guardian?

Trapped between the living world and the afterlife, he is guided by Mr. Gabriel, an enigmatic personality there to guide him through his transformation. When Ben sees a young woman being assaulted by two thugs, he desperately wants to help her. After they threaten to attack him, Ben’s face dissolves into that of a walking, talking, vengeance dealing dead man. The bad guy’s resolve rapidly turns to ice.

Against the insistence of his new companion Mr. Gabriel, Ben resolves to defend those who cannot defend themselves. This is the birth of the Guardian.