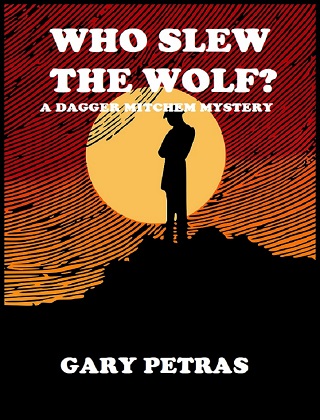 Who Killed The Wolf?

Who Slew The Wolf? is a new fantasy detective novel from author Gary Petras.

Once Upon A Time the Fairy Tale world began to collide with the real one, and for Private Detective Dagger Mitchem he has a ringside seat as he tries to negotiate between both worlds. He has begun to garner a good reputation as a human who could be trusted to try to do what’s right among the Fairy Tale folk.

Mitchem works with the Big Bad Wolves, bears and other mystical creatures. It is not until one of these Big Bad’s walks into his downtown office and asks for his help that his life really begins to unravel. The wolf believes that he is going to be killed just the same as others of his ilk have been in so many of the tales. At first Mitchem does not take the threat on his life seriously, but when the wolf ends up missing, the P.I. Feels the pangs of guilt and decides to uncover the mystery.

Things begin to spin out of control as the bodies, both human and mystical, begin to pile up around him. As do the many suspects, namely an ex-girlfriend and a female Police Detective who suspects Mitchem herself.  The private detective must navigate the path between the mystical creatures and humans alike. There is only one pawn still in play for the shadowy killer and his name is: Dagger Mitchem. Not every Fairy Tale has a happily-ever-after ending.